First of all, the good news for fans of German stocks: Yesterday, the DAX finally overcame the mark of 13,000 points. The German stock market barometer even showed a certain dynamism, which in itself can already be regarded as a positive sign. Because in the recent past, dynamism and DAX were two words that could rarely be read in the same sentence. Is the correction of the months of February and March now finally a thing of the past? Will the 13,000 mark provide downside protection for the stock price? Or will the "12-mark" come back faster than we would like? 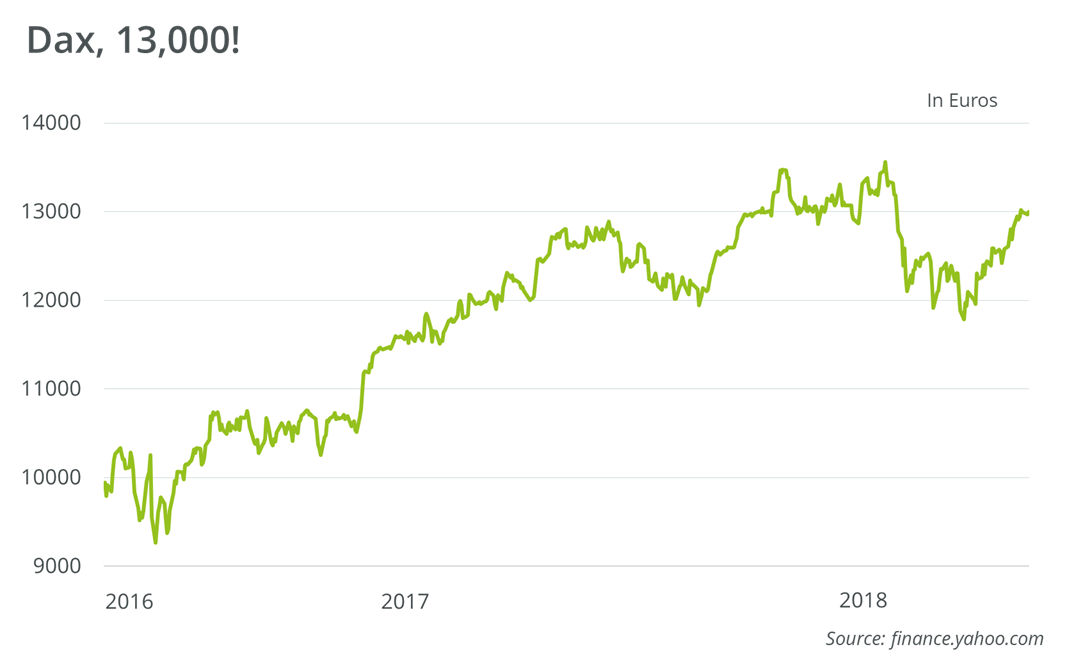 After all: A tendency exists

Tim Rademacher aka smax1980 does not quite sound euphoric, but a hint of optimism can yet be felt: “Currently, a certain amount of relative calmness prevails on the market as a whole - a slight upward trend predominates." Overall, German wikifolio traders are currently benefitting from the somewhat weaker euro that is helping exporters. In fact, the common currency has clearly retreated from its January / February highs at around $ 1.25 - currently you only get $ 1.18 for one euro. The interest rate differential between the eurozone and the US is likely to break through here. It tends to make dollar investments more attractive. For example, ten- year German government bonds yield only 0.6 percent. In the US, one can currently earn 3.1 percent.

But Rademacher, who manages the wikifolio “Value Driven”, mentions one more point that should support German stocks: "Overall, the declining volatility is to be seen positively, as this development in principle signals an increasing confidence of investors."

Reminder: When the stock markets came under pressure at the beginning of the year, volatility increased dramatically. Both on this side and on the other side of the Atlantic, the corresponding indicators have largely returned to normal. 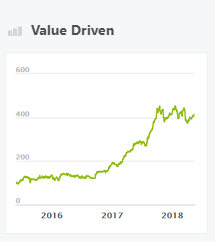 If there were no euro...

“TraderOnkel“ Axel Albietz, responsible for “AA+ Master-Trading ohne Hebel“ is reluctant to give forecasts, but has a clear opinion nevertheless: If it was up to me, the DAX would probably be even lower today - alone due to the saying 'Sell in May and go away.' However, the euro, which fell sharply against the US dollar, is supporting the European markets here."

This is also evident from the DAX's outperformance against the US indices, the trader explains. 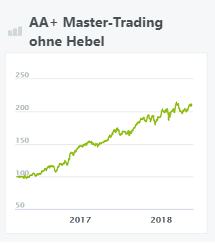 According to Albietz, the deck is likely to be reshuffled after the Whitsun holiday weekend: "The DAX will settle in one direction in due course - but I dare not predict whether up or down. But I can well imagine that there will first be a failed breakout in one direction and the next bigger movement only after that." However, it probably won't be easy for German stocks, in particular since we are heading for the summer slump, as Albietz explains: "Statistically, it rarely comes to new highs in summer, thus the way up could be rocky - also because there often is a lack of new impulses." If you’re lying on the beach, you probably have little need to restructure your portfolio. The trading volumes during the vacation season are correspondingly low - and sluggish prices often result from this.

This certainly does not mean, of course, that there will be no impulses at all. Stockbrokers will closely monitor further currency and interest rate developments. And if these remain inactive, there will certainly be a Donald Trump who launches the odd tweet into the markets. Speaking of which: According to Stephan Hagen, aka “Zambakos”, it would in principle be important for the global economy to continue its positive development and contribute to the decent profit growth for companies in order to ensure that the stock markets do not run out of energy in the event of a possible increase. An absence of unexpected political developments that could affect the economy would therefore also be of benefit, as Hagen puts it. A collective vacation of Italian, North Korean, Chinese and US politics would probably not hurt stock prices.

All in all, it can be assumed for the time being that big jumps in the DAX are unlikely. Although fear has become much less as measured in terms of volatility, many investors are still holding back, according to Hagen: "I think that retail and institutional investors are currently more cautious and in a wait-and-see position." Many would continue to expect a crash or at least a substantial drop in prices - which, paradoxically, makes this unlikely. As he himself says, Hagen definitely feels comfortable with selected German and European individual stocks and, of course, with his wikifolios - which include, among other things, “Value Momentum Plus“, which is 23 percent up on the year. 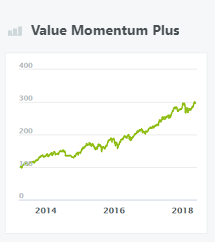 The DAX leads by a comparatively small 3.8 percent. “Traderonkel“ Albietz also was able to clearly outperform the German benchmark with “AA+ Master-Trading ohne Hebel“ over the past 12 months. He also gets a bit more specific when it comes to attractive individual stocks: He still likes Nvidia, for example, as a medium to long- term trade. "The company is growing very fast and serves many future markets such as deep learning, autonomous driving, and so on with its powerful GPUs," he explains. The trader also feels very secure with the German industrial holding Blue Cap or the stock of Micron Technology: "The paper is currently trading at an expected price-earnings ratio of about five in 2018. The reason for this low rating is that many market participants assume that the memory market has reached a cyclical high. I personally, however, think that this is not the case, but that the high demand for memory chips will continue as more and more technologies with the need for storage solutions are penetrating the market."