Everything new in autumn: What’s next with the DAX family...

The German stock market is facing significant changes. And that does not (yet) mean the Financial Transaction Tax, which has just once again been hotly debated by our Finance Minister. First of all, Deutsche Börse itself is causing a great stir within its own DAX family. From September, the previous separation into Tech and Classic segments will be lifted and the number of index members in the MDAX and SDAX will be increased.

The TecDAX, which in the future will also include major industry players such as SAP or Infineon, will thus in effect become an "industry index". All companies listed here can also be included in one of the three selection indices (DAX, MDAX, SDAX). The question of which index will be the one ultimately only depends on the amount of market capitalization and stock market turnover, with a clear set of rules deciding on admissions and relegations at fixed dates. We analyze the backgrounds and effects of these changes.

The TecDAX loses its exclusivity

wikifolio-Trader Michael Koch (“michael1koch“), who manages the wikifolio “IT, Software und eHealth“, considers the inclusion of technology stocks in the MDAX and the SDAX as "long overdue". His reasoning: "A clear demarcation between the industries is hardly possible in the advancing digitization anyway ". He also sees clear advantages for investors. Smaller stocks, in particular, should become even more the focus of market participants as a result of the repeal of the sector separation and the increase in indices. "The diversity of companies will make the SDAX more interesting for investors, also because they better reflect the development of the German economy," predicts the trader. 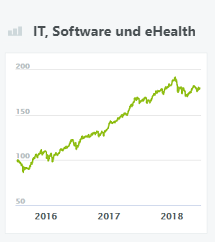 The TecDAX, however, may become less attractive in view of the fact that the number of index members is not increased despite opening up for large companies: "The potential inclusion of DAX titles could further reduce the number of companies listed exclusively in the TecDAX."

More life and growth for the MDAX

Even though the Technology Index has generated significantly more performance in recent years than the other DAX indices, it never really achieved a breakthrough as an investment vehicle. This can be seen, for example, in the Exchange Traded Funds (ETF), where the TecDAX clearly lagged behind the MDAX both in terms of the number of products offered and the capital invested. The latter, in turn, could benefit significantly from the reorganization, as wikifolio trader Felix Hagmann (“Zinseszins“) believes: "I think the move makes sense, also since the representation of more tech stocks also brings more life and growth into the 'classic' indices such as the MDAX." All in all, the number of members in the mid-cap index will increase from 50 to 60 starting in the fall, and the SDAX will even accommodate 70 stocks. Hagmann’s wikifolio includes only six stocks: The “IT Leader“ were up by 45 percent over the year. Since the issue of the corresponding certificate at the beginning of December 2016, a performance of almost 80 percent has been recorded. 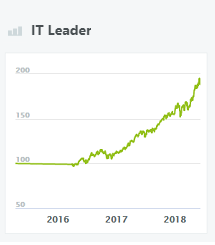 Index funds need to be adjusted

In the run-up to index changes, speculation about potential candidates for admission and relegation usually occurs again and again. This may well influence the prices of the stocks affected. After all, the providers of passive index funds and ETFs have to simulate the changes one to one, which is partly prepared in advance via the futures markets. The coming weeks could be extremely exciting against this background.

In the long term, however, Hagmann does not expect big effects on the individual stocks. This is why he stays loyal to his personal favorites, even without an admission fantasy: "The performance of the stock should only affect all of this in the short term until the funds have adjusted their positions. The long-term upward movement of such stocks as Cancom or Bechtle should not be affected by this, since those companies are developing well."