Due to the expected head-to-head race, some analysts suspect that the mood in the country will be the deciding factor in the end. Thus, the outcome of the referendum could, for example, be significantly influenced by the performance of the English football team after the first round of the current European Championship in France. After their last minute victory against Wales on Thursday, the British are now the leaders in their group and with four points from two games almost guaranteed to advance to the round of 16. This could help the EU proponents as much as – as morbid as this may sound – the tragic death of the British MP who had called for a stay in the EU. It is quite possible that this criminal act will now generate an anti-Brexit sentiment among voters who are still undecided. Or the realization that leaving the EU would most likely mean enormous economic drawbacks due to the high proportion of British exports into the Euro zone simply gains more and more ground.

Of course, these are all only speculations in the run-up to the referendum. But this is also precisely what significantly influenced the stock prices in the past days. While the stock markets clearly came under pressure, bonds and the price of gold benefited from a rising demand of investors. Even though numerous analysts and asset managers warn against panic-induced actions, market participants are shifting their assets into the supposedly “safe havens” as a precautionary measure and thus switch into “risk-off” mode.

The traders on wikifolio.com meanwhile show little sign of hectic rush ahead of the vote in the UK. Professional risk management already forms part of daily business of an exchange trader for most players. Thus, on average 20 percent of the invested capital of investors are held as cash reserves in order to be able to quickly respond to current events on the stock exchanges. In addition, some traders occasionally hedge their stock portfolios against short term declining prices by means of leverage products.

The current uncertainty is, however, mostly considered an entry opportunity by the traders of wikifolios that are in particularly high demand. Dirk Middendorf („carpediem7“), who currently has more than 60 percent liquidity in his wikifolio “Carpe diem Aktientrading” believes, for example, that further losses should be expected in the event of a Brexit in the short term “which, however, should then be used to buy”. He explains this by the economically most likely and still manageable consequences for the Euro zone: “3 years of exit negotiations with the objective of minimum impact on free trade would follow. Much Ado about ...”. Holger Degener (“Schneeleopard” [snow leopard]), who for that reason prefers to dedicate his time to the intense analysis of individual securities for his wikifolio ”Dividend and Equity Capital Germany” and who has already found the first promising candidates in doing so, sees it in a similar light: “Today I nevertheless bought at the reduced level since some stocks that now appear fundamentally low-priced, especially if one thinks about 1 year ahead. It is never easy to find the optimum entry point. A possible Brexit effect is difficult to assess. I think that it simply comes down to a new trade agreement having to be concluded with England instead of the EU membership. I therefore focus more on the individual company figures.” 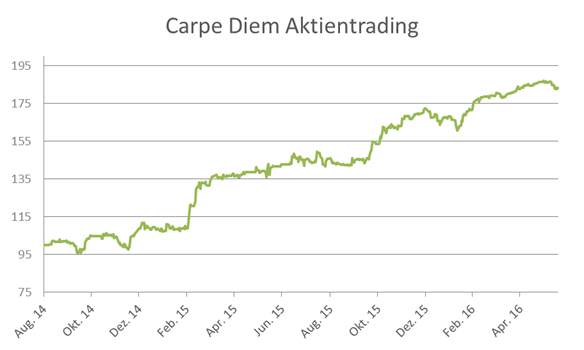 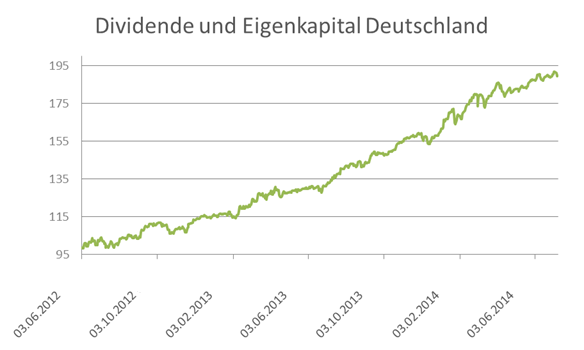 In stock market phases that allow no serious forecasts due to a lack of historical experience figures, a well thought out and clearly defined strategy is particularly important. Overly emotional acts are thus avoided in times of stress. Joachim Köngeter (“joibaer”) has already published such a plan for the wikifolio “Trading Opportunities German Stocks”: “I now pay attention to which securities drop into a panic mode and which ones lose 6–10% without messages (whether due to triggered stop-loss orders, or simply because some investors want to sell at any price out of fear and meet a lack of demand). You can obtain very inexpensive stocks here, especially less traded small cap stocks.” And Michael Flender (“Goldesel-Trading”) already knows the actions he will take for his wikifolio “Goldesel-Trading” in the event of a worst case scenario: “So, next week the Brexit decision. On a first rebound, I will possibly build up some cash so I can strike (buy) again in the event of another panic in the course of a vote in favor of leaving the EU.” 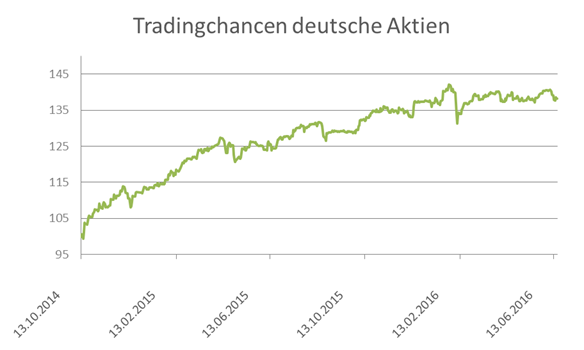 Looking at the comments and also the performance data of these and other traders in course of the not really easy past weeks and months, one can assume that the players are fully prepared for the upcoming events.